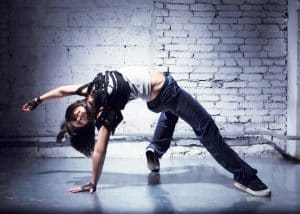 Dance is one art which everyone appreciates and love doing. There are numerous dance forms, which differ on the basis of language, geographical location and religion. Dance is the best way to lift your mood and forget your worries. Scroll through the article to learn about various dance styles and categories.

Most Popular Dancers of All Time

1. Waltz – This dance form was originated in the mid-19th century and got popular under the musical influence of the famous composer Johann Strauss. It is a graceful and slow two-person dance, which represents a gold standard and the most famous dance of the ballrooms around the world.

2. Tango – This dance style was created in the Argentinean region of Rio de la Plata. It is a fascinating sensual and energetic style.

3. Cha-Cha-Cha – This dance form is a rhythmic dance style that originated from Latin America, which managed to merge both the slow and energetic movements in a beautiful way.

4. Rumba – This Cuban dance is popular for its sensual hip movements of dance partners. Since its creation in 1930s various types of Rumba were created, like Cuban Rumba, Catalan Rumba, Flamenco Rumba and African Rumba.

5. Samba – It is a famous dance and musical genre that originated in Brazil. It is a partner dance, where most steps are danced with a slight downward bouncing or dropping action.

6. Swing – This dance form is similar to the jazz and swing music of the 1920s-1930s.This dance style has many variations, like Lindy Hop, Jitterbug, Boogie Woogie, West Coast Swing and Rock and Roll.

7. Tap Dance – This dance style was first introduced during the 1920s. This dance form includes the sounds of tap shoes hitting the floor as a form of drumming. The sound is made by shoes that have a metal tip or “tap” on the heel and toe.

8. Moonwalk – This dance form displays the illusion of walking backwards. It was first performed by pop icon Michael Jackson in March 1983, and later became one of the popular dance moves around the world.

9. Salsa – Salsa is of the famous dances in Latin America, North America, Europe and Australia. It is a very sensual dance form, which includes energetic movement and innovative choreography that was influenced by Mambo, Changuyi and Rumba.

10. Flamenco – This famous Spanish dance gained its popularity only in the 18th century. It is a magical and energetic fusion of singing, guitar playing, dance and handclaps.

11. Country / Western Dances – The country dance form is made not from a single dance but includes many other dance forms and styles that can be performed to country-western music. This dance form includes strong dance floor etiquette and has the ability to perform multiple dances styles on a dance floor at a single time.

12. Folk Dance – Folk dances represent the musical and cultural heritage of religion or country. Folk dance or traditional dance is popular all around the world in hundreds of unique variations and styles.

13. Belly dance – One of the most famous oriental folk dances in the world, Belly dance is an expressive dance form that originated from Egypt. This dance technique includes the complex movement of the torso and entire body utilizing sudden percussive movements and fast shimmies, shivers and vibrations of the hips or the ribcage.

The professional dance was first introduced in the early years of Italian Renaissance when music, dance, arts and poetry started to become popular.

14. Ballet– Ballet is the most highly technical and famous of all performance dances. It was originally created in the 15th century in Italy during the Renaissance, but it gained popularity in countries such as France and Russia. This dance form is characterized by light, graceful movements and the use of pointe shoes with reinforced toes.

15. Contemporary dance– This dance form is a highly complicated type of modern performance dance that was created in the mid-20th century as an alternative to classical dance styles. It focuses on free leg movement, disordered choreography, unpredictability, strong stress on the torso, multiple and simultaneous actions, non-standardized costumes, improvisation, dramatic sets and lighting.

Hip-hop and funk were evolved from the music style that was first introduced during the 1970s. These dancing styles found a great foothold in the United States, France, United Kingdom and South Korea.

16. Breakdance – This dance form is one of the most athletic dances in the world. Breakdance is danced solo and requires talented dancers to perform the series of freeform dance or athletic movements alongside break-beat, hip-hop or funk music.

17. Locking – One of the famous variations of hip-hop and funk dance is “locking”. The core technique of this dance style is to suddenly stop and hold the position in the middle of the dance, and then suddenly resumes the dance.

18. Popping – Popping is another variation of the funk street dance from the 1960s and 1970s that gained popularity all around the world. The technique includes quick contrasting and relaxing of muscles that will create the feeling of a jerk throughout the body.

19. House dance – House dance is based on house music which was born in New York and Chicago clubs. This social dance form is popular all over the world.

20. Disco dance – This super easy dance form became popular in the 1970s. Fans of this music often wore extravagant and sexy clothing while dancing any rules or boundaries.

Dancing is an important part of many cultures around the world. Each dance form has its unique beauty, but all of them are united by their common goal of artistic expression and the celebration of the human body.

What is the hardest dance form in the world?

Ballet dance, Aerial dance, Tango dance, Synchronized swimming dance, Capoeira dance and several more are considered to be the toughest dance styles to learn and master. Its exertion level is tremendously high that only a few skillful dancers are pursuing these dance forms.

What is krumping dance?

It is a street dance popular in majority parts of the United States, characterized by free, expressive, exaggerated, and highly energetic movement. This dance form is often related to gang life and “to express raw emotions in a powerful but non-violent way.

Where did the shuffle dance come from?

The Melbourne shuffle is a rave dance that developed in the 1980s in Melbourne. This dance form is typically performed in electronic music.